Rick’s love of driving started in early childhood with Go-karts, and revved it up to high-end races. After several years in the corporate world, he returned to the road in the early 2000s to become a driving instructor. And in 2010, he made the bold move to start his own school in Orillia, bringing the experience and knowledge of leadership to join forces with his love and expertise of driving. It was a winning combination, quickly growing to four locations in central Ontario with a solid team of committed instructors.

Rick and his wife Bette have spent 33 years of their road together of 35, right in Oro-Medonte, where he is also part of the local Chamber of Commerce, as well as Orillia’s. He has often been involved in community support, such as the SPCA, Kiwanis, Rotary Club, and sponsoring a local Slow Pitch baseball team, among other involvements.

Fun Facts about Rick: One of his major supporters in his Go-kart racing days was Pirelli. And he didn’t just drive everywhere! Rick is a former marathon runner with many miles under his sneakers. 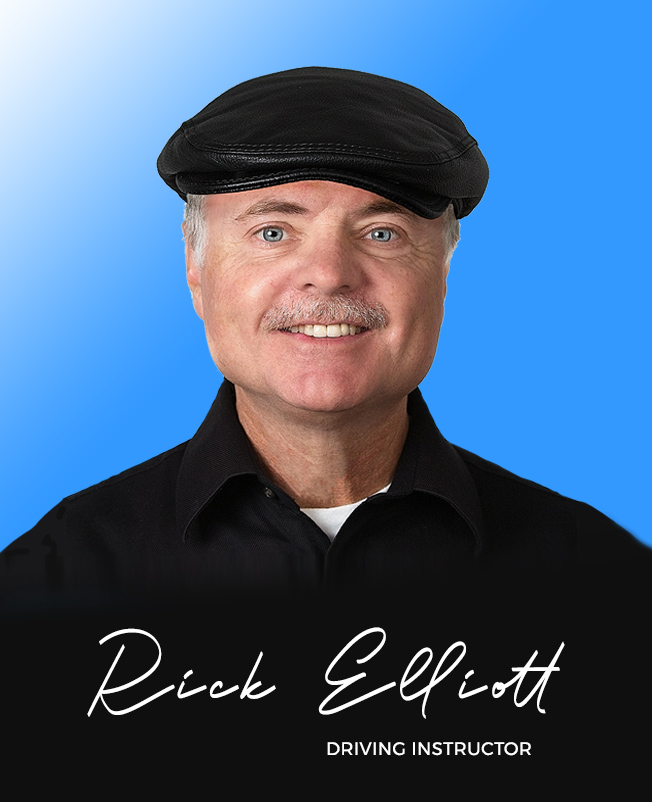 Ryan joined Ricks six years ago and hasn’t changed gears since. He took the roundabout to get here, though, after graduating from Georgian College and working in the field of golf for over five years. Don’t be deceived by his youthful demeanour; he knows those rules out there, and is dedicated to his students to make sure they do, too.

Ricks monthly with hot tips on cars, driving, insurance, maintenance and more
for a lifetime of great driving. And a lot of fun along the way!